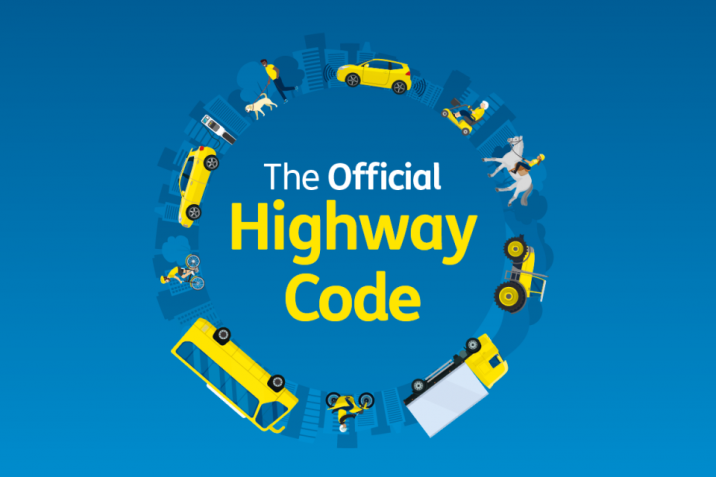 You’re bound to have seen news articles and reports about the recent changes to the Highway Code, and what they mean for road users. Unfortunately, it’s also likely that you’ve seen some articles deliberately misleading and spreading fake news about these changes.

So, we’ve put together this guide, with a little help from Cycling UK and Living Streets, to help you understand what the changes actually mean and how they should help to make our roads safer for everyone!

You can check out this short video from Cycling UK to understand the four key amendments to the highway code: hierarchy of road users, passing cyclists, junction priority and the Dutch reach.

Just like everywhere else, you’ll be expected to provide priority to pedestrians, cyclists and other vulnerable road users at junctions across Thorpe Park. This should make the park a safer and more attractive environment for everyone!

You may have heard that cyclists will now be riding in the middle of the road, all the time. Not to worry, this isn’t the case! The new highway code simply advises cyclists to ride in the middle of their lane in certain situations. For example, when approaching junctions and on narrow sections of road. This was already best practice in the cycling world anyway!

Something else you may have heard is that you’ll be fined for opening your car door with the wrong hand. This is also incorrect! The new highway code advises that drivers (or passengers) open their car door using the Dutch Reach method. This involves reaching across to open the door with the hand furthest from the door, naturally turning your body towards the window and allowing you to see any approaching cyclists (or pedestrians… or cars!).

Again, the Dutch Reach technique has been around for quite a while now, these changes simply formalise the recommendation. It’s a simple change of habit that will help you open your car door safely.

There have been a number of other changes to the Highway Code, which you can find full details of in this article on the gov.uk website. We’ve summarised some of these changes below:

The new hierarchy of road users places those most at risk in the event of a collision at the top. Below is a graphic from Dave Walker, the Cycling Cartoonist, which illustrates this new hierarchy.

The updated code clarifies that:

Here’s a graphic from Living Streets which highlights these changes.

People cycling, riding a horse or driving a horse-drawn vehicle should respect the safety of people walking in shared spaces, but those people walking should also take care not to obstruct or endanger them.

Cyclists are asked to:

4. Positioning in the road when cycling

This one we touched on above, with cyclists advised to ride in the centre of their lane on quiet roads, in slower moving traffic and at the approach to junctions or road narrowings.

In addition to this, the updated code explains that people cycling in groups:

People cycling are also asked to be aware of people driving behind them and allow them to overtake (for example, by moving into single file or stopping) when it’s safe to do so.

Below is another graphic from the Cycling Cartoonist, to demonstrate why cycling 2 abreast is often safer than single file.

5. Overtaking when driving or cycling

There is updated guidance on safe passing distances and speeds for people driving or riding a motorcycle when overtaking vulnerable road users, including:

These new guidelines are designed to tackle dangerous overtaking and ‘close passes’, by ensuring a minimum safe distance. Check out this next graphic from the Cycle Cartoonist, showing why it’s important to keep a safe distance.

Please note this post is not designed to be a comprehensive list of the changes to the Highway Code and should not replace your reading of the new code. You can find further information and order your copy at gov.uk.

Register as a ParkLife member today to be kept up to date with the latest news from across Thorpe Park Leeds, to receive access to exclusive discounts, and to be part of our growing community.

This website uses cookies to improve your experience while you navigate through the website. Out of these cookies, the cookies that are categorized as necessary are stored on your browser as they are essential for the working of basic functionalities of the website. We also use third-party cookies that help us analyze and understand how you use this website. These cookies will be stored in your browser only with your consent. You also have the option to opt-out of these cookies. But opting out of some of these cookies may have an effect on your browsing experience.
Necessary Always Enabled
Necessary cookies are absolutely essential for the website to function properly. This category only includes cookies that ensures basic functionalities and security features of the website. These cookies do not store any personal information.
Non-necessary
Analytical cookies help us to improve our website by collecting and reporting information on its usage.
SAVE & ACCEPT